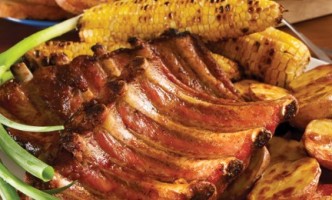 The Mayor of London, Boris Johnson has delivered hundreds of new apprenticeships and jobs for young people in the hospitality industry.

The Mayor has joined forces with the British Hospitality Association (BHA) to host a City Hall ‘Hospitality Conversation’ bringing together business executives from companies including Nando’s, Whitbread and Costa and matching them with unemployed 16-24 year olds who are eager to start careers in the sector.

The British Hospitality Association have joined the Mayor’s Apprenticeship Campaign and pledged to create 7,000 new jobs in London by the end of 2016. Today’s event will focus on roles in the restaurant trade and include a careers fair where employers can interview potential candidates and offer on the job opportunities and placements.

A recent report1 found that 16 per cent of UK hotels and 13 per cent of restaurants complained of consistent, long-term difficulties in filling vacancies, overwhelmingly due to widespread skills shortages.The Big Hospitality Conversation is a joint initiative between the British Hospitality Association, Springboard and Business in the Community aimed at bringing together business leaders in the sector with young people to deliver skills and employment and boost economic growth.

The Mayor of London, Boris Johnson, said: “Apprenticeships are a fantastic way of getting young people into work and offer invaluable training and insight. Businesses of every scale can benefit from having bright, hardworking, ambitious young people in their company and I want to thank all the firms in the capital who have already hired an apprentice and urge even more to get on board.”