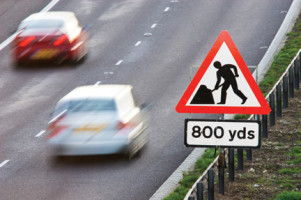 Contract expected to be worth more than £300 million has been awarded to Amey as part of new delivery arrangements.

A maintenance and response contract expected to be worth more than £300 million and running for up to 15 years has been awarded to Amey as part of Highways England’s new delivery arrangements in the East Midlands.

The contract, which will run from 1 July 2016, will see Amey delivering routine highway maintenance services, repairs to defects, emergency incident response and severe weather services on the East Midlands network. It is the second contract to be awarded under the set of new arrangements in the East Midlands, which sees Highways England making a change from its previous way of working, bringing key functions in-house to take direct control of its road network.

A new 5 year design services contract, with an expected value of over £25m, was awarded to Kier Highways earlier this month.

Kier’s duties will include preparing technical designs and undertaking supporting work for capital projects from an initial scheme feasibility phase through to the as-built phase, and will run from 1 July 2016.

“We are delighted to welcome Amey and Kier Highways to our East Midlands supply chain community. The awarding of these two new contracts represents a significant milestone for Highways England, marking a real change in the way we have previously managed contracts.

Collaboration with our supply chain is key to our new way of working in the East Midlands and we are looking forward to establishing a successful, long-term relationship with the appointed contractors.”