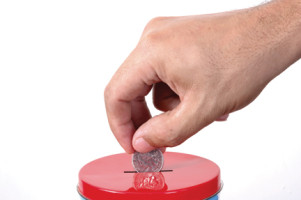 The government announced the £371 million sale to AustralianSuper of its investment in the iconic King’s Cross development today.

This multi-million pound sale of the government’s investment in the 67-acre site, which is being redeveloped with offices, residential and leisure properties, has delivered real value-for-money for taxpayers through a competitive auction process, with all proceeds returning to the Treasury.

AustralianSuper, the largest pension fund in Australia, has grasped this significant opportunity for private capital to gain exposure to one of Europe’s most important city centre regeneration projects.

The government’s priority was maximising value for money for the taxpayer through a competitive sale process. Lazard, as financial adviser, conducted the sale process, supported by real estate advisers Savills and legal advisers Herbert Smith Freehills.

Government’s stake in King’s Cross is held by its wholly-owned subsidiary, LCR, which has overseen the development at King’s Cross on behalf of government for 20 years. Since the delivery of HS1 and the restoration of St. Pancras International in 2007, LCR has worked closely with Argent, Hermes and DHL Exel through KCCLP. Since then, significant progress has been made on the 8 million square foot development to put King’s Cross on the map as a destination for London.

“I am delighted that the sale of government’s shares in King’s Cross Central, an asset we no longer need to keep, has enabled us to realise its value for the taxpayer. This sale is an excellent example of how we are reducing the deficit and delivering lasting economic security for working people.”