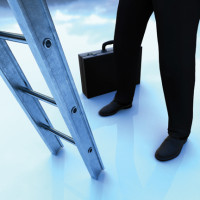 Business Secretary Sajid Javid has announced plans to look into employment rules that could be stifling British entrepreneurship by preventing employees from starting up their own business after leaving a job.

In a move designed to back even more small businesses and entrepreneurs across the country, the government is launching a call for evidence asking for views on what are known as ‘non-compete clauses’ – which can be written into employment contracts and can prevent individuals from competing against their former employer or working for a competitor for a set period of time, sometimes up to 9 months after leaving a firm.

The clauses are only enforceable in a court of law if it protects a legitimate interest and is reasonable. However, there have been suggestions that they can hinder start-ups from hiring the best and brightest talent, so the government is asking for views from individuals and employers on whether this type of practice is acting as a barrier to innovation and employment.

The move is the latest by the government to deliver on its pledge to make Britain the best place in Europe to innovate and start up a new business, with an Innovation Plan, setting out how the government can help make the UK a better place to turn ideas into new products and technologies, due to be published later this year.

The plan will look at a range of key areas, including how better regulation can drive innovation and opportunities to use the millions of pounds spent on public procurement every year to support new and exciting businesses. UK businesses are being asked to give their ideas on how to make sure it works, with a survey asking for their views being launched online.

“Home to some of the most innovative companies in Europe, Britain is already ahead of the curve in many ways when it comes to driving forward new ideas.

But I am clear that I want to see more enterprising start-ups and greater productivity in a free and fair marketplace, by making sure we take action to break down any barriers that are curbing innovation and entrepreneurship.”