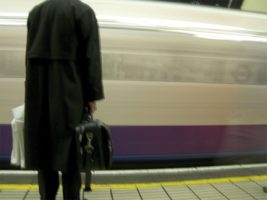 In a move that would boost ambitious plans to redevelop Euston station for HS2, a feasibility study will look at how passengers from key commuter towns such as Tring, Hemel Hempstead, Harrow and Watford could save up to 15 minutes on their journey times via a new rail link between Old Oak Common and the West Coast Main Line.
The proposed changes would see Crossrail services extended to the county, providing direct journeys into the City and the West End. It would mean passengers would no longer have to change at Euston, making it easier to get on with the massive job of rebuilding the station so it matches the standard of Kings Cross and St Pancras.The announcement came as Transport Secretary Patrick McLoughlin visited Farringdon station where he met with the 100th apprentice appointed by Crossrail contractor Bam Ferrovial Kier to work on Europe’s largest infrastructure project.Transport Secretary Patrick McLoughlin said:“We are investing record amounts to build a world-class railway, so it is vital we seize every opportunity to make the most of these once in a generation schemes. That is why I have asked HS2 Limited to work closely with the Crossrail sponsors to look at extending Crossrail services to key destinations in Hertfordshire. Not only would this be a huge boost to passengers and the local economy, it would also provide flexibility when building HS2 into Euston, making sure we create a lasting legacy for the station.”