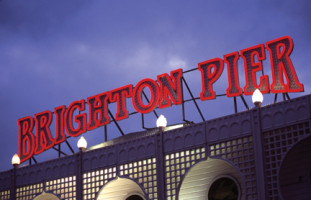 A multimillion pound boost for seaside towns has been announced intended to create jobs, boost the economy and create local growth.The Coastal Communities Fund is to be extended to 2020/2021, a move that has been welcomed by ministers.

It was announced that seaside towns across the country will have a chance to bid for £90m of government funding under measures announced by the Chancellor in the Budget.

Launched in 2012, the Coastal Communities Fund has invested nearly £119m on 211 projects local infrastructure and economic projects across the UK. This, the Government says, is helping to create almost 13,700 jobs and provide more than 10,280 training places and apprenticeships.

“Britain has a proud seaside tradition which this ‘one nation government’ is determined to revive so they can be year-round success stories. Unlocking the economic potential of our seaside towns will create jobs, build infrastructure and boost local economic growth.

“We know our multi-million Coastal Communities Fund is already having a big impact on communities and local seaside economies, and the extension of the fund will mean other areas will have the chance to bid for funding.”