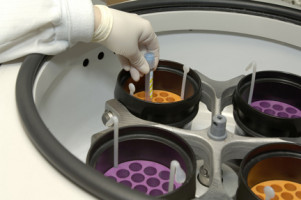 The ninth European Forum for Industrial Biotechnology and the Bioeconomy (EFIB) comes to Scotland in late October 2016 and will attract industry executives committed to a shift towards renewable, biologically-based manufacturing.

EFIB is organised by EuropaBio, Europe’s largest and most influential biotechnology industry group and will be supported in Glasgow by Team Scotland, which includes IBioIC, Scottish Enterprise, SECC and Glasgow City Marketing Bureau and partners such as The Knowledge Transfer Network and Innovate UK.

The UK IB market currently includes over 120 companies which generate an annual turnover of over £4bn. These companies have grown rapidly – since 2010 their joint turnover has leaped by 53%, with an increase of 21% in the number of jobs available in the sector. All are set to continue growth for the foreseeable future.

The level of IB development and investment is particularly high in Scotland thanks to a strong heritage in engineering, and a wealth of natural resources that are ideal for IB activities. World-class academia combined with strong academic/industry partnerships enabled by IBioIC’s ongoing work, means that there is huge potential for the further development and the use of IB in Scotland.

This event will bring a wealth of potential European business to Scotland and an ongoing opportunity to increase visibility of Scottish business opportunities, European partnerships and economic benefits. It will also provide significant opportunities for collaborative projects between Scottish and European organisations and institutions, allowing Scotland to further rise as a world leader in this sector.

Team Scotland plans to ensure that EFIB 2016,held at the Scottish Exhibition and Conference Centre in the heart of Glasgow,will endeavour to make this the lowest carbon EFIB Conference to date. This will involve a number of partners in Glasgow, such as the Nextbike scheme and Glasgow City Council, encouraging delegates to be mindful of the environment; encouraging the use of public transport only using green sources of power and the use of paperless meeting capabilities within the venue. SECC supports the “Trees for Life” conservation charity dedicated to the restoration and regeneration of the Caledonian Forest in the Highlands of Scotland.