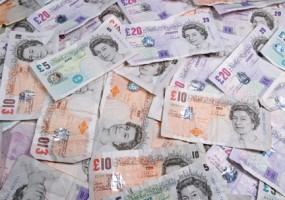 Almost a quarter of a million pounds of funding has been awarded to five feasibility projects across Scotland that will investigate how the thermal energy in the ground can be used to heat homes and businesses.

A total of £234,025 has been awarded to projects targeting sites in Fife, West Lothian, North Lanarkshire and Aberdeenshire that will explore the technical feasibility, economic viability and environmental sustainability of the emerging technology.

The awards have been made from the Scottish Government’s Geothermal Energy Challenge Fund, supported by the Low Carbon Infrastructure Fund, the first strategic intervention established under the new European Structural Funds Programme. They are the first support for geothermal projects in Scotland following a 2012-2013 study which identified significant potential for geothermal heat as a renewable heat source.

The projects are an important step towards demonstrating how geothermal energy could cut the estimated £2.6 billion a year spent on heating by householders and the non-domestic sector.

“As set out in the Heat Policy Statement published last week, heat is estimated to account for over half of Scotland’s total energy use and is responsible for nearly half of Scotland’s greenhouse gas emissions, so it makes sense that we explore and grow technologies such as geothermal energy. These projects will help improve our understanding of this renewable energy source and the contribution it can make to helping Scotland reduce its carbon emissions.

These five projects demonstrate how the Scottish Government is supporting the geothermal industry to make the most of this largely untapped resource and to develop a delivery model which reduces carbon emissions, is self-sustaining and is economically viable.

The announcement of the geothermal feasibility projects follows the publication of the Heat Policy Statement (HPS) on Thursday, June 11. This is part of the wider approach to support the development of a resilient heat system that enables households, organisations and industry to transition to an affordable low carbon heat system and seize the economic opportunities that this transformation offers.

The HPS sets out the support being provided to reduce the need for heat, supply heat efficiently and at lowest cost to consumers and to generate low carbon and renewable heat.”