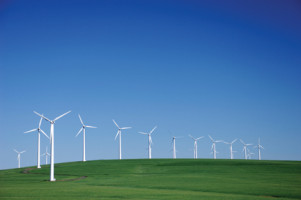 Communities from inner city Glasgow to western Harris are set to benefit from £500k in funding for demonstrator projects designed to encourage the use and local ownership of renewable energy.

A third of the projects are specifically focussed on town and city areas, building on the already established trend for community ownership of renewable energy sources in more rural areas.

This is the second allocation made from the Scottish Government’s Local Energy Challenge Fund, which confirms Scotland’s position as a global leader in renewables and low carbon development. Each project has received funding of up to £25k for feasibility work and, if successful, may be able to compete for significant capital support.

“The Scottish Government is defining a distinctive approach to Scotland’s future energy provision; putting communities at the heart of decisions about their local energy system; and empowering them to take an economic stake in new developments.

“Community ownership gives communities more control over their own energy and will help us tackle challenges like grid constraints and fuel poverty – while at the same time sparking economic revival.

“Onshore wind is our most successful technology for community benefits, but it is by no means the only game in town. I am excited by the breadth and depth of the work this funding will support and am equally pleased that the projects will explore the potential for ownership of renewable technologies to support all of the communities in Scotland, be they in Gala or Glasgow.”