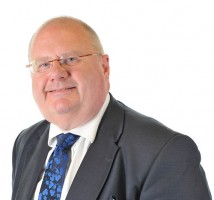 Eric Pickles has announced the first wave of projects to benefit from a £1bn scheme that will unlock or accelerate the provision of over 200,000 new homes across the country.
The Communities Secretary published a shortlist of 36 large-scale housing projects in line to receive a share of £850m of funding to get work going onsite and housebuilding started.Mr Pickles said these projects were critical in getting Britain building, maintaining momentum that has already led to the highest levels of housebuilding since 2007.The £850m of funding for shortlisted projects announced today forms part of the government’s £1bn, five year large sites infrastructure programme, and will be used to build the infrastructure needed to provide schemes of at least 1,500 homes. The money will go towards the building of road improvement, schools and parks to support the extra homes being planned.Housing is a key part of the government’s long term economic plan. The 36 projects announced will go through a final rigorous due diligence process before receiving the funding.Sites include the continued development of the Greenwich Peninsula in South East London, which will help provide nearly 10,000 new homes, while funding is also expected to go to Ebbsfleet Eastern Quarry, to help provide 3,500 homes.Eric Pickles said:“This government’s long-term economic plan is getting Britain building again. Residential construction is now at its highest level since 2007 and continuing to rise, and 216,000 new homes were given planning permission last year.“We are supporting locally-led development, and this £1bn programme will help unlock or accelerate over 200,000 new homes across the country. This is part of our wider package of housing programmes to support home ownership, increase investment in the private rented sector and further increase house building.”