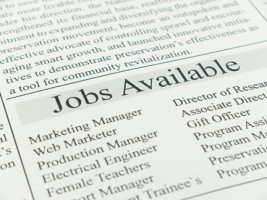 Rely on facts not feelings

The EU Referendum is almost upon us, but have you considered how your vote will affect UK jobs and workplace law?

No matter what your sector, the EU Referendum has the potential to change the way the UK conducts business.

Remain campaigners claim a Brexit might reduce the UK’s trade with the EEA and thereby reduce jobs, as the majority of UK SMEs export to the EEA. These arguments are analysed in BiP Solutions’ White Paper EU Referendum: The Ins and Outs for Business.

The White Paper examines the referendum and its potential implications for UK exports, trade arrangements, business finance, procurement legislation and jobs – all of which will affect the country’s livelihood.

Here’s a sneak peek at the fifth chapter of EU Referendum: The Ins and Outs for Business – covering Jobs.

The Stronger in Europe website has described one in every ten UK jobs as being ‘linked to UK trade with the EU’. As ex-Chief Secretary to the Treasury Danny Alexander said: ”The latest Treasury analysis shows that 3.3 million British jobs are connected to Britain’s place in Europe.”

Countering this, Leave campaigners claim EEA trade will probably continue post-Brexit and so jobs are unlikely to be affected.

The Institute of Economic Affairs said: “Even in a hypothetical world where trade completely broke down between the UK and EU, there would still not be the loss of 3-4 million jobs, as ‘import substitution’ would partially offset the fall in exports and trade would develop with other parts of the world.”

Vote Leave’s manifesto also implies that leaving the EU would increase the number of jobs available to UK nationals by restricting the access to the UK labour market of EU workers. However, the National Institute for Economic and Social Research (NIESR) counterclaimed that the majority of EU migrants fill low-skilled jobs that many Brits reject due to low pay. Should a Brexit occur, NIESR argues that low-skilled industry employers would suffer staff shortages.

Post-Brexit working conditions would also be affected by a change in working culture, as many workers’ rights are reliant on the protection of EU law. EU legislation mandates measures concerning workplace health and safety, equal opportunities, maternity/paternity leave, holiday allowance and job security. This means any employees recruited after a Brexit would not be entitled to the same workplace protection as earlier hires.

As lawyer Michael Ford QC explained in his report Workers’ Rights from Europe: “If Brexit occurs, there will be no legal barrier to a Government legislating to create a labour market which permits the employer to dictate terms. There is no longer the extensive collective bargaining coverage which can operate to correct the inequality of power between the individual employer or employee.”

Leave campaigners say that EU law is too strict with UK employers and that a Brexit vote would allow for more flexibility in contract negotiations, which would help SMEs grow their business.

On the other hand, pro-Europe campaigners say that the erosion of EU employment law would leave employees with little power to fight unfair work practices, should they occur.