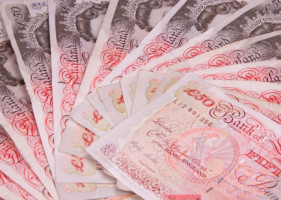 Rely on facts not feelings

With just little time until the EU Referendum vote have you considered how it will affect the money you make?

Both SMEs and large corporations need business finance to grow and employ new staff, functions that will be impacted should access to this finance change.

Both sides of the EU Referendum debate claim that cash flow will rise – or at least not fall – should voters back them. Theses arguments are analysed in BiP Solutions White Paper EU Referendum: The Ins and Outs for Business. The White Paper examines the referendum and its potential implications for UK exports, trade arrangements, business finance, procurement legislation and jobs – all of which will affect the country’s livelihood.

Here’s a sneak peek at the fourth chapter of EU Referendum: The Ins and Outs for Business – covering Business Finance.

Pro-Brexit commentators argue that high street banks have traditionally provided the major source of SME finance and that this arrangement would be unaffected by a Brexit, as Centre for European Policy Studies Director, Daniel Gros, reflected in the Guardian newspaper.

He said: “Finance to SMEs – and households – is usually provided by local retail banks. In this sense there is no reason why leaving the EU would have a material impact on the availability of finance for SMEs.

“Part of the UK’s retail banking system is owned by EU banks. This investment would of course have a different legal status after Brexit, but presumably the change in legal status would not have a direct impact on retail operations, such as lending to SMEs.”

They also cite the increasingly intercontinental nature of foreign direct investment in the UK, which they argue would largely be unaffected by a Brexit.

However, pro-Europe campaigners forecast that leaving the EU would cause economic uncertainty and devalue UK sterling. An article in the Independent newspaper highlighted the wider implications a Brexit could have on UK business finance. The article published minutes from the Bank of England’s meeting, which said a vote to leave the EU would “result in an extended period of uncertainty about the economic outlook including the prospects for export growth”.

Teamed with this, they say a Brexit would lead to the removal of all EU subsidies, such as CAP, upon which many UK firms depend.

Northern Irish Agriculture Minister Michelle O’Neill said: “In terms of Agriculture and Rural Development, we will have drawn down over £1.9bn of European funding between 2014 and 2020. I fear that a significant reduction in direct support would see production go into free-fall.”

While acknowledging the challenges a Brexit would bring, Vote Leave campaigners argue that it would also bring opportunity to reform UK banks and rid them of the bad habits they have adopted. In the Institute of Economic Affairs (IEA)’s Brexit thesis competition, the winning report, Britain outside the European Union, suggests this could be achieved by introducing a free banking system, which would rid the UK of “excessive financial regulation, central banks and an inconvertible paper currency”.

To read more about the economic implications of the EU Referendum, download EU Referendum: The Ins and Outs for Business.