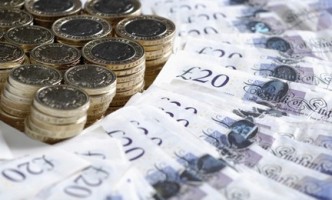 At the start of National Living Wage Week the Mayor of London, Boris Johnson, announced the annual increase in the London Living Wage taking the hourly rate from £8.55 to £8.80 per hour.

The Mayor has worked with the Living Wage Foundation, part of London Citizens, over the past year to encourage even more employers in the city to sign up to the scheme. The number of accredited employers in London paying the Living Wage has soared 174 per cent from 78 to 214, with major new sign ups including National Portrait Gallery, Pearson and Oxfam.

The annual rise in the rate, which is calculated by the Mayor’s economics team based on the cost of living in the capital, has been in place since 2005. Since that time it has put around £235m into the pockets of lower paid Londoners.

The London Living Wage is a voluntary scheme that employers can join to ensure that their employees are paid enough to have a decent standard of living. It is based on the basic cost of living in London and the wage needed to reach the poverty income threshold, with a little extra added for unforeseen circumstances.

The Mayor of London, Boris Johnson, said: “More and more London firms are recognising the benefits of fair remuneration for all of their workforce. Paying the London Living Wage ensures hard working Londoners are helped to make ends meet, providing a boost not only for their personal quality of life but delivering indisputable economic dividends to employers too. This in turn is good for London’s productivity and growth. It is extremely heartening to see major new companies signed up this year but we need more converts. I hope we can spur on even more organisations to do the right thing.”