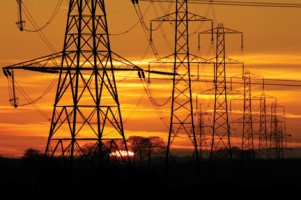 The application for the North Wales Wind Farms Connection has been given development consent by the Department for Business, Energy and Industrial Strategy.

The scheme involves the construction, instillation, operation and maintenance of a 17.4 km 132kv electric line between Clocaenog Forest, Denbighshire, and a point south of the unnamed Groesffordd Marli to Glascoed Road and the B5381 (Glascoed Road) near St Asaph, Denbighshire.

The application was submitted to the Planning Inspectorate for consideration on 20 March 2015 and accepted for examination on 17 April 2015. Following a six month examination during which the public, statutory consultees and interested parties were given the opportunity to give evidence to the Examining Authority, a recommendation was made to the Secretary of State for Energy on 28 April 2016.

The Planning Inspectorate is committed to giving local communities the opportunity of being involved in the examination of projects that may affect them. Local people, the local authority and other interested parties were able to participate in the 6 month long examination. The Examining Authority listened and gave full consideration to local views before making their recommendation in favour of ‘Option B’.

“The decision announced today supports the recommendation made by the Planning Inspectorate. It is the 56th application for a nationally significant infrastructure project and the 35th energy project to be examined and decided.

The Planning Inspectorate has the responsibility to examine Nationally Significant Infrastructure Projects (NSIPs) within timescales laid down in the Planning Act 2008. This provides developers and investors with the confidence to build and improve the infrastructure this country needs to secure future economic growth.”