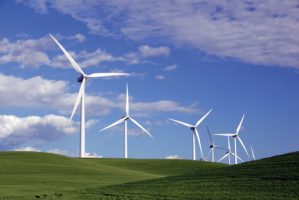 Once completed, the developments in the Forth and Tay region – Neart Na Gaoithe, Inch Cape Offshore Limited, Seagreen Alpha and Seagreen Bravo – could be capable of generating up to 2.284 GW of electricity.

The consents are granted subject to strict conditions which will mitigate and monitor a range of potential impacts including those in relation to birds and other environmental considerations.

It is estimated that these four developments combined will produce carbon savings estimated at 135 million tonnes of CO2 over their lifetime.

The Scottish Government aims to move to a low carbon society generating the equivalent of 100 per cent of Scotland’s gross annual electricity consumption from renewable sources by 2020, as part of a wider, balanced, energy mix.

“Renewable energy is extremely valuable to Scotland’s economy, to reducing our carbon emissions and in providing low carbon energy supplies as well as jobs and long term investment.

These wind farms alone could generate a combined gross value added of between £314 million and £1.2 billion in Scotland over their lifetime and generate between 2,567 and 13,612 jobs within Scotland during the construction period.

Granting consent for these developments will enable them to bid for an offshore wind contract for difference (CfD) under the UK Government’s Electricity Market Reform process.

The budget for offshore wind (and other less established technologies) in the first of these rounds scheduled for autumn is £235 million, thought to be enough to support around 800 MW of offshore wind in UK waters.”