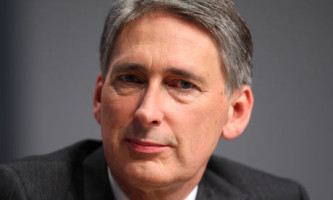 New Chancellor, Philip Hammond visits China to promote Britain as one of the best places in the world to invest and do business with.

In a trip which includes his attendance at the G20 Finance Ministers’ meeting in Chengdu, the Chancellor will visit Beijing and Hong Kong to promote British business opportunities, with a strong emphasis on the financial services sector.

Throughout his trip, the Chancellor will trumpet Britain’s fundamental economic strengths, telling investors that the UK will continue to be an open trading nation with a competitive low tax economy.

This is expected to kick-start a series of visits to Britain’s key economic partners, aimed at showcasing to foreign investors the new opportunities presented by the UK’s decision to leave the European Union.

They, along with senior representatives from China’s banking sector, will attend a financial services roundtable hosted by the Chancellor in Beijing.

While in the Chinese capital, the Chancellor will hold a series of meetings with senior political leaders and businesses where he will make clear that the UK government wants to build on the ‘golden era’ declared during President Xi’s visit to the UK last year, and the UK’s decision to leave the EU will not affect the global partnership between the UK and China.

The trading relationship between the two nations is pivotal. The UK is home to more Chinese investment than any other European country, with growth of China’s investment to the UK averaging 58% per year over the last decade.

British businesses also find China an attractive export market – China is ranked fourth on the list of destinations for UK goods exports last year, with exports valued at over £18 million – three and a half times the 2009 figure, according to provisional data.

The Chancellor will then travel to the G20 Finance Ministers meeting in Chengdu, before stopping in Hong Kong where he will host a reception with business and government officials reiterating the message that Britain is open for business.

“My focus in China will be on promoting British business opportunities, including in the financial services sector, where Britain is a world leader. Britain is open for business and one of the most attractive destinations in the world for international investment.‎

We have built a strong economic relationship with China and as Chinese investments into the UK continue to diversify and as UK exports grow, Sino-UK relations are more important than ever.

In the last few days alone we have seen the Australian Prime Minister say he wants a new trade deal with Britain – and Japanese technology firm Softbank announce plans for a record investment in the UK. This is all evidence that our economy is fundamentally strong and well equipped to adapt to the change that will be necessary as we leave the EU.”