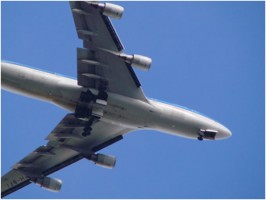 Having a single UK hub with spare capacity to add new routes is critical to the UK’s long-term sustainable growth, according to a new CBI report.

With future export opportunities increasingly in emerging, high-growth economies, the CBI urged the Airports Commission to deliver recommendations to solve the UK’s shortage of runway capacity and spark new connections with the export markets of tomorrow.

Building on 2013 findings that demonstrate that eight new routes to emerging markets alone would generate as much as £1bn a year in trade, the CBI said the report highlights that by drawing on both transfer passengers and local populations, hub airports are best placed to act as a catalyst for these new routes. Research by Steer Davies Gleave, for the CBI, shows that from a sample of 15 emerging markets, hub airports serve on average nearly three times as many destinations as point-to-point airports (27 to 8 destinations), while also delivering almost twice as many flights on the routes that are served – 1.5 daily flights from hubs on average, compared to 0.8 from point-to-point.

With the UK’s hub capacity at Heathrow already full, the UK is falling behind on direct flights to emerging markets. The report highlights that by drawing heavily on transfer passengers, the UK’s EU competitors with their own unconstrained capacity are creating connections to new destinations within the BRICS such as Xiamen in China and Recife in Brazil, as well as links to the major markets of the future, like Peru, Indonesia, Taipei and Chile.

Katja Hall, CBI Deputy Director-General, said:
“The Chancellor has set businesses ambitious targets for increasing the UK’s exports, and there is simply no way of achieving these goals without upping our game in emerging markets.

“Our analysis last year demonstrated that connectivity is the lifeblood of trade, but it also highlighted that the UK is already falling behind, so every day we delay making a decision, makes matters worse.

“First and foremost, UK business wants action. There can be no more excuses – we need to see the Airports Commission deliver a strong case for new capacity and a clear schedule for delivery, and politicians to commit to spades in the ground by the end of the next Parliament.

“But this research shows that while all airports have a role to play in growing the UK’s connectivity, not all airports play the same role.

“While no-one can predict the future of air travel, the track record shows that it tends to be hub airports that deliver the new connections to emerging markets that we desperately need.
“With Heathrow full and the UK slipping behind in the race for new connectivity, it is essential that the Airports Commission delivers a solution that addresses the ticking time bomb of our lack of spare hub capacity.”