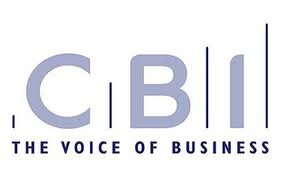 London’s future success as a global city depends on the capital having the right infrastructure in place, skills fit for the twenty-first century and getting devolution right according to the CBI’s Presient.

Speaking at the Autumn Lunch, CBI London’s flagship annual event, attended by the Lord Mayor of the London, the President of Britain’s largest business group will tell guests that infrastructure – from housing to transport – is the number one priority for businesses ahead of next year’s Mayoral election.

“London is a global city with a magnetic force, attracting the brightest and the best from all over the world. But staying ahead of the competition starts right here at home – on London’s streets and in London’s schools.

We need to make sure that our pupils get the right skills, behaviours and experiences for the world of work. Then, when they’re ready to start their first day at work, they’ll need a city where they can afford to live. And with the city growing by two buses a day, there needs to be a transport system which works for them.

London’s success as a global city rests on using the skills and expertise found all over the United Kingdom, through supply chains. The reality is that – often – when London grows, the regions prosper. Business must be active partners in plans for greater devolution, including on issues like planning and skills, to give them the confidence to invest and drive growth.”