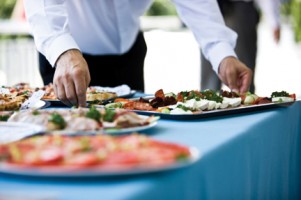 A massive funding programme for food and drink businesses across Scotland has been launched by Cabinet Secretary for Food Richard Lochhead.

On a visit to The Breadwinner Bakery in Edinburgh during Real Bread Week in Scotland’s Year of Food and Drink, Mr Lochhead announced the new Food Processing, Marketing and Co-operation (FPMC) grant scheme is now open for capital-related applications. The scheme will widen to non-capital and co-operation bids later in 2015.

The scheme will plough £70m into food and drink processing in Scotland as part of the new Scottish Rural Development Programme (SRDP) 2014-2020, which is expected to receive formal EU approval shortly.

“Scotland’s £13.9bn food and drink growth sector has already rocketed since 2007. Turnover here has shot up 21 per cent compared to growth of 8.6 per cent across the rest of the UK, with Scotland’s massive success fuelled by the unwavering support of the Scottish Government and our agencies.

“Under the last Food grants scheme the Scottish Government supported in 172 projects between 2007 and 2013. Our £47m investment levered in £114m private sector funding and safeguarded or created about 8,500 jobs.

“I am delighted to be launching the new scheme in Scotland’s Year of Food and Drink, and to have increased funding by 50 per cent which will enable us to invest even more in Scottish food and drink businesses.”