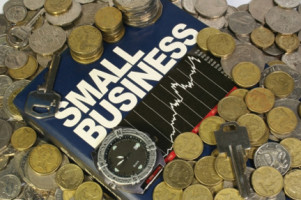 In a major boost for pioneering small businesses, the Financial Secretary to the Treasury, David Gauke, on Wednesday 28 October launched a new plan outlining how government will make it easier for small businesses investing in research and development to claim tax relief.

The two-year plan, which is a response to an HMRC consultation, aims to increase take-up of research and development (R&D) tax relief through raising awareness of the relief amongst small businesses and making it easier for them to apply.

The tax relief, which encourages companies to invest in costly new product development, helps companies reduce the amount of corporation tax they pay on profits by offsetting them against any investment in research and development.

Latest statistics for 2013 to 2014 show more than 15,000 SMEs claimed the relief in 2013, an increase of around 19 per cent from the previous year, but the government wants to go further.

The Financial Secretary visited London-based footwear specialist Vivobarefoot to launch the plan and to see first-hand how the government’s R&D tax relief has helped the small business invest in developing world-class products.

The plan, ‘Making R&D Easier: HMRC’s plan for small business R&D tax relief’, was published on 29 October and sets out that:

HMRC evaluation shows that each £1 of tax foregone by R&D tax relief stimulates between £1.53 and £2.35 of additional R&D investment.

SME R&D relief works by way of super deduction, allowing companies to reduce profits liable to corporation tax by 230 per cent of their qualifying R&D expenditure.

“R&D is crucial for the long-term growth of the UK economy. Over 15,000 SMEs claimed the relief in 2013, an increase of around 19 per cent from the previous year, but we need to go further to support pioneering small businesses.

“That’s why we’ve published a document setting out our plans to increase awareness and make it easier for people to apply.”