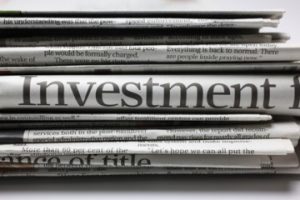 A concerted effort by the Welsh Government to broker supply chain opportunities in the rail industry is paying dividends with a number of Wales based companies now in advanced discussions regarding potential deals.

The Welsh Government has co-hosted a series of events over the last eighteen months providing Welsh companies with the opportunity to meet very senior officials from some of the UK’s key rail original equipment manufacturers.

The latest event takes place when  London Underground and Rail holds its first meet the buyer event in Wales hosted by the Welsh Government when more than 100 companies are attending.

To date one South Wales company has had an enquiry to potentially supply products to the value of £9 million –  and been asked to support its tender by producing a prototype part for further evaluation.

Spectrum Technologies CEO Dr Peter Dickinson described the contract as a major breakthrough, opening up a new arena for the company.

“Bombardier is a global leader in rail technology and this contract could lead to our technology becoming the industry standard across the international rail sector and significantly expands our potential market.”