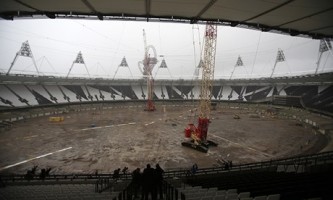 Balfour Beatty has won the race for the £154m Olympic Stadium conversion contract, after it beat original stadium contractor Sir Robert McAlpine and three others to the deal. The works will be carried out for operator, E20 Stadium LLP, a joint venture between the London Legacy Development Corporation and Newham Council. The new deal encompasses the £41m stadium roof contract Balfour Beatty was awarded in the summer. Balfour Beatty was also competing against ISG, Buckingham Group and Shepherd Construction for the stadium deal. The new venue will host five matches during the Rugby World Cup 2015 and will be the permanent home of West Ham United Football Club from 2016. It also become the new national competition Stadium for athletics in the UK as well as hosting elite international athletics events and other sporting, cultural and community events. A new community athletics track will also be provided next to the main stadium. Sustainable construction methods will include features of the existing facility being recycled and incorporated into the new stadium and the re-use of crushed demolition material, existing balustrades and sanitary ware. At construction peak the project will employ up to 400 people. Balfour Beatty will work with WorkPlace, Newham Council’s employment service, to ensure the employment of local people where possible. The contractor has also committed to create apprenticeships which will amount to 7 per cent of the total workforce. Once reconfigured the stadium’s cable net roof, 84 metres wide at its deepest point, will be the largest cantilevered roof in the world covering every Stadium seat, improving acoustics and spectator experience. Balfour Beatty chief executive, Andrew McNaughton said: “During construction, our firm commitment to the use of local labour and the creation of apprenticeships will continue to benefit the local community and the wider industry and, upon completion, the stadium will provide a first-class sporting and cultural facility for many generations to come. Balfour Beatty is proud to be associated with this project.” Works commence on site early in 2014 and are due for completion in the spring of 2016.