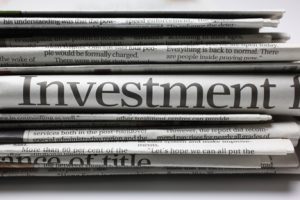 The award-winning Cardiff-based entrepreneur behind ActiveQuote, the highly successful online comparison service for health and protection insurance, is set to launch his next FinTech venture, Wealthify, in April.

Wealthify builds personal investment plans for customers, based on their attitude to risk, then invests, monitors and manages their money for them every day. The service is designed for the digital age, allowing customers to check their investments via phone or tablet, 24/7.

Wealthify is Wales’s latest FinTech startup. It joins a small crop of existing UK companies targeting the fast-growing robo-investment market, which is predicted to reach up to £1.8tn in assets under management globally within the next decade.

The new enterprise is backed by £143,000 business finance from the Welsh Government, which will help accelerate development of its cutting-edge technology and create 39 jobs over the next four years, with potential for further growth in the future.

“ActiveQuote, which was also supported by the Welsh Government, is an impressive Welsh success story and I am delighted the group is now developing another financial technology (FinTech) company also based in Cardiff.

“Wealthify joins an ever expanding list of companies working in the FinTech sector and sends out a strong signal to the financial and professional services sector that Wales is a great place to launch and grow a business.”