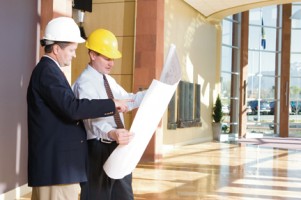 Three leading firms of architects have released designs for the redevelopment of Heathrow Airport into a new town that could potentially support 90,000 new jobs, provide homes for up to 190,000 people and add £7.5 billion to the UK economy.

The designs include proposals for new park land, scientific research centres and a factory for modular housing units to make it easier for people to build their own homes.

Transport for London commissioned the architects to provide designs that would cover several options for the redevelopment of Heathrow airport if a new hub airport to the east of London is agreed by the Government. London’s population is forecast to increase to 10 million people by 2030 and 11 million by 2050. The Mayor of London believes that major infrastructure decisions, such as airport expansion, must contribute towards a wider and longer term plan for London and the UK economy that takes into account the challenges posed by this astonishing growth.

“The demand for new homes and jobs in the capital is such that we must be ready to start redeveloping Heathrow the moment it moves to its new site. And the sooner we start planning the better. We asked our architects to be as creative as possible and these designs illustrate strikingly different visions of a Heathrow of the future. However the key point is that all these scenarios would potentially create some of the many thousands of new jobs and homes this city will require given London is expected to increase in size by a fifth within the next 15 years. How we deal with that is something we need to be planning for and debating right now. Those discussions must not be delayed.”