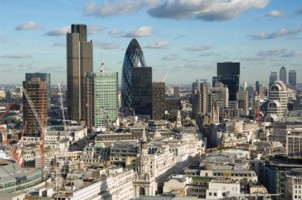 Another 155,000 new homes and hundreds of thousands of new jobs could be delivered in and around the capital’s town centres, according to a major new action plan to boost London’s high streets released by Mayor Boris Johnson.

Reaffirming his commitment to rejuvenating high streets, the Mayor confirmed up to £9m further funding for town centre improvements across the capital. This is on the back of £221m of funding already committed during his Mayoralty to boost high streets facing the stiff challenge of competition with e-commerce and out of town retail.

The ‘Mayor’s Action for High Streets’ plan considers the lessons learnt from several years of  working with businesses and describes City Hall’s continued plans to help high streets to thrive. Up to £9m of new funding will be available from the Autumn and the Mayor’s team want small businesses to begin to take more of a leading role in bidding for grants to boost their local town centres. Grants can be used to smarten up shop fronts, improve public spaces or to hold mini festivals but the aim will be for small businesses  and community groups to be at the heart of that funding.

The London Plan – The Mayor’s overall planning strategy for the capital – states that between 2011 and 2036 London needs to plan for 860,000 new jobs. The Plan indicates that the largest growth sectors are the kinds of things that could be accommodated in and around high streets.

They are some of the best connected parts of London and in the Action for High Streets plan, the Mayor’s team make the case for them being an obvious location to accommodate the new homes and jobs required in London. They highlight the huge amount of hidden space for development that can be found whether above the supermarket or health centre, behind the railway station or on top of a car park. London’s high streets have always evolved to take on new challenges and sensitively managed these locations can reinvent themselves to find ways of accommodating new types of housing, retail and enterprise space in a way that supports their heritage and character. Altogether there might be potential to deliver another 155,000 new homes and hundreds of thousands of new jobs could be in and around the capital’s town centres.

“Our High Streets have been under great pressure from the rapid growth of retail parks and internet shopping. But their great strength is that they offer so much more than simply shopping. They are where Londoners come together to work, relax, meet and play and they buzz with activity from morning to late at night. However they are also key to the London economy and that is why we must make the most of their huge potential. We are delivering a comprehensive plan that will do everything possible to protect and support their incredible vibrancy.”