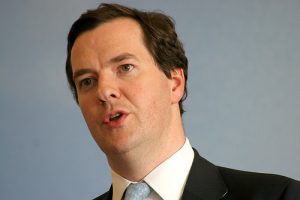 The North West of England has been handed a significant boost with news that Alderley Park in C‎heshire is to host a new centre in medicines technology.

The best of the UK’s businesses, scientists, clinicians and engineers are to work side-by-side in the new ‘Catapult in Medicines Technologies’, Chancellor of the Exchequer George Osborne announced on 13 July 2015.

On a visit to Redx pharmaceuticals in Cheshire, Mr Osborne built further on plans to put science and innovation at the heart of building the Northern Powerhouse ensuring that the region maximises the potential of the state of the art facilities, at Alderley Park.

Catapult centres were launched in 2011, bringing together business with researchers with the aim of helping start-ups bring ideas to market that might otherwise struggle, because of a lack of funding, expertise or facilities.

Alderley Park has strong links to research organisations, universities and businesses in the area, making it ideally suited to the development of pre-clinical medicines technologies.

The news builds on the £69 m investment in Catapults that the Chancellor announced at Budget 2014 and further builds on plans to build a Northern Powerhouse.

“To make the most of Britain’s leading expertise in science and innovation we must back ideas at every step of the way. Today’s news and £5 million investment will help put the UK in a world leading position to support every single stage of the life sciences innovation life cycle and is exactly what is needed to develop the next generation of unbeatable British leaders in this area.

“I am particularly pleased to announce that Alderley Park will benefit from this investment as this is another step in putting science and innovation right at the heart of the Northern Powerhouse.”