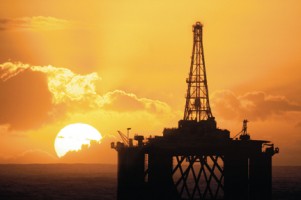 EnQuest PLC, the largest UK independent oil company in the UK North Sea, has given its go-ahead for a £4bn in investment in the140 million barrel oil field Kraken development.

The Kraken is set to generate billions of revenue for taxpayers and to support an estimated 20,000 jobs during the project’s construction period and an average of approximately 1,000 operational jobs a year over the course of its 25 year life.

Kraken is a large heavy oil accumulation in the UK North Sea, located in the East Shetland basin, to the west of the North Viking Graben; approximately 125 km east of the Shetland Islands.

The field contains 137 million barrels of oil; it will be one of the largest ever built in the UK North Sea.

The development has been approved by the Department of Energy and Climate Change (‘DECC’), this is the largest investment announced in the UK North Sea this year and one of the largest UK industrial investments for 2013.

EnQuest is the operator of Kraken and will develop the project on behalf of itself and its partners. The project will be EnQuest’s sixth production hub in the UK North Sea.

The development has two separate heavy oil fields, both of which will benefit from heavy oil allowances, which the Government has provided support for in order to stimulate investment in the UK North Sea.

Highlights of the programme include:

– £4bn of capital and operational investment, 80% of which will be spent in the UK, estimated to generate future revenue of £9bn;

– Support for more than 20,000 UK jobs during the construction period of the project and an average of approximately 1,000 operational jobs in the UK for each year of Kraken’s 25 year life;