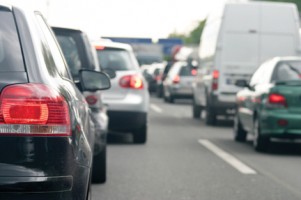 The £39 million represents a figure for schemes the Highways Agency is already committed to delivering with even more investment before the end of the decade as part of the Government’s £24 billion Action for Roads programme by 2021.

A total of 78 projects, including 7 major economy-boosting Pinch Point projects, will have been delivered in Lancashire by the end of March.

Large stretches of the motorway and major A road network in the county will also see safer and smoother journey improvements involving bridge and drainage repairs, replacement safety barriers, resurfacing and renewal of signs, road studs and road markings.

“This is really good news for road users across Lancashire because it will ultimately mean less congestion, more reliable journey times and improved safety. Record amounts are being invested in roads – that inevitably means more roadworks, but for every scheme we work on there will be an improvement for drivers.

We are well aware of how frustrating drivers find roadworks – but I would like to reassure everyone that all our work is planned very carefully to cause as little disruption as possible. Some is inevitable – and we ask for drivers’ cooperation while the improvements are carried out.”