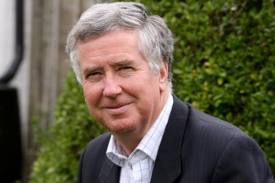 More than 1,300 jobs across the UK will be secured following a £3.5bn Ministry of Defence (MOD) contract to deliver 589 new armoured fighting vehicles that will be the “eyes and ears” of the British Army on the battlefields of the future.
Scout Specialist Vehicles (Scout SV), designed by General Dynamics UK based in Oakdale, South Wales, will give the Army enhanced intelligence, surveillance, protection, target acquisition and reconnaissance capabilities and a highly effective 40mm cannon. The Army’s first fully digitised armoured fighting vehicles, Scout SV will be effective in even the most difficult terrains around the world.Speaking on the eve of the NATO Summit, Defence Secretary Michael Fallon said:“Today’s multi-billion pound contract is fantastic news for our soldiers in providing them with the most technologically advanced and versatile armoured fighting vehicles to overcome future threats. This is the biggest single order placed by the MOD for armoured vehicles for around 30 years and is an important part of the investment we are making to keep Britain safe.“It is also excellent news for the supply chain of this state-of-the-art vehicle and will sustain 1,300 engineering jobs across the UK in key defence industries.”