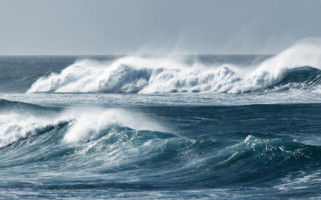 Led by Swansea-based Marine Power Systems (MPS), the £3 million project, which includes a £900,000 investment from MPS, will manufacture and test a 1:4 scale prototype of the WaveSub device.

The device draws upon patented technology developed by MPS which captures the high power density of waves through its unique power take-off system, and can withstand storm forces.

The Welsh Government has been working with MPS for a number of years to support the development of this technology and the WaveSub concept.

The £2 million EU funds will allow the scaled prototype to be developed and tested, paving the way for a full-scale device that will be deployed off the Pembrokeshire coast and eventually launched in the commercial market.

The funding will be formally announced during a visit by the Finance Minister to MPS to hear about the WaveSub development.

“We are committed to working with investors and businesses to boost economic growth and create highly skilled jobs, so I’m delighted that £2 million of EU funds are being invested to bring WaveSub another step closer to full-scale deployment.

Marine renewable energy has huge potential and we are investing £80 million of EU funds in this area over the next six years – including support to enable the development of two demonstration zones off the coasts of Pembrokeshire and Anglesey.

This investment will vastly reduce the time, costs and risks to developers in this sector, and will help establish Wales as a leader in marine energy production.”