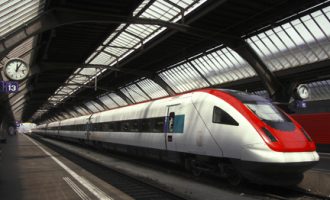 Rail passengers in Yorkshire are set to benefit from better access to Leeds station thanks to £16m funding. Government Opportunities
The proposals – which include a new pedestrian entrance and access to the southern side of the station to and from the existing platform footbridge – received final approval from Local Transport Minister Baroness Susan Kramer.

The scheme will support the redevelopment and regeneration in the southern quarter of the city centre where a large proportion of the new jobs forecast for Leeds city centre are to be located.

The scheme consists of an enclosed structure over the River Aire that incorporates lifts, escalators and stairs allowing passengers access from the current western footbridge within the station to ground level either side of the river. The proposals also include CCTV, lighting, help points, ticket machines, passenger information screens, ticket barriers, cycle parking and measures to improve pedestrian access in the immediate surrounding area.

The Leeds station southern entrance scheme was one of the schemes given funding approval in 2011 as part of the Spending Review process. Work can now start on the scheme.

The Department for Transport will provide a maximum of £12.4m towards the full scheme cost of £17.319m.
Baroness Kramer said:

“This scheme will help the Leeds city centre’s economy continue to grow by improving access for the many people who work to the south of the station.

“The £12.4m we are putting into this project shows that the coalition government is serious about investing in the infrastructure the country needs to drive economic growth both locally and nationally.”