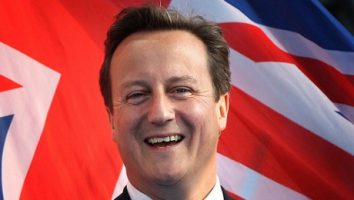 David Cameron will set out the government’s new long-term investment plan into the road network in his speech to the CBI Annual Conference 2014.

Addressing business leaders at the Confederation of British Industry’s (CBI) annual conference in London, the Prime Minister will set out how the government will unveil the first ever long-term Roads Investment Strategy for the government’s long-term economic plan, and these proposals will see investment in over 100 projects on the Strategic Road Network by the end of the decade, and result in hundreds of extra lane miles on our motorways and trunk roads.

By improving the condition of our roads, increasing the capacity of existing roads and taking forward major new strategic road schemes, the UK’s first ever long-term Roads Investment Strategy will be designed to improve the lives of hardworking commuters, back business and enterprise all across the country, and help secure a better future for Britain.

As part of the biggest programme of investment in our road network for decades, this government will take action and fund solutions to tackle some of the most notorious and longstanding problems on our road network across the country. This includes improvements to:

The Prime Minister is expected to say:“Our long-term economic plan is turning Britain round. And nowhere is this better demonstrated than in what we are doing on infrastructure. We inherited a huge budget deficit and frankly, as we went about finding savings, it would have been easy for us to cancel Crossrail, cancel HS2, cancel projects that were politically controversial. But we didn’t. We know to secure Britain’s future, we need world-class infrastructure.

“And I can tell you this today: in three weeks’ time you will see an Autumn Statement where we choose the future again. At its heart is the biggest, boldest and most far reaching road improvement programme in four decades: over 100 improvements to our major roads. Hundreds of extra lane miles on our motorways and trunk roads. The green light given to major projects that have been stalled for years. Action to improve some of the most important arteries in our country – like the A303 and the A1 – which for too long have held parts of our country back. And all underpinned by over £15bn worth of investment.

“This will be nothing less than a roads revolution – one which will lead to quicker journey times, more jobs, and businesses boosted right across the country.

“And let me add this: we’re the only ones who can afford to do this because we have taken difficult decisions on spending elsewhere. We’re the only ones who have the guts to deliver it because when it comes to the big infrastructure decisions our country needs, we have shown we always take them. And we’re the ones with the vision and optimism to make it happen it, because whenever we have been faced with choosing the past or the future, we have always chosen the future. So with this Autumn Statement we will continue what we’ve done for four years: taking action today to secure a better tomorrow. That’s what our long-term economic plan is all about – and that is what is turning Britain around.”