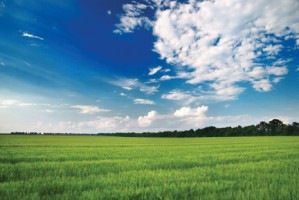 The funds were set aside from 2013 direct farm payments as required by Europe under a CAP budget balancing move called financial discipline. The European Commission now allows the repayment of unspent reserves.

The Scottish Government has now begun repaying the money, with about 14,600 producers set to receive an average of £845 each.

“This will be a modest albeit welcome windfall for thousands of Scottish farmers and crofters who had their payments reduced in 2013 as required by Europe.

“I am pleased to be able to confirm that the refunds should begin reaching bank accounts from next Thursday June 11.

“Of course, the level of financial discipline imposed by Europe in 2013 would have been millions of pounds higher had it not been for the Scottish Government successfully lobbying the EU to minimise the impact on Scottish agriculture.

“It is also a timely reminder for farmers and crofters to submit their Single Application Forms (SAF) for 2015 CAP support as soon as possible.

“We have now received 11,677 SAFs – more than 50 per cent of the expected final tally – with less than two weeks to go until the June 15 deadline and I continue to encourage everyone to finalise and submit their applications as soon they can.”