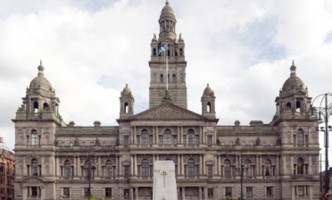 Danny Alexander and Greg Clark visit Glasgow to sign the Glasgow and Clyde Valley City Deal, which sets out the region’s strategy for economic growth.

Danny Alexander, Chief Secretary to the Treasury, and Greg Clark, Minister for Cities, are in Glasgow today to sign the finalised £1.2bn Glasgow and Clyde Valley City Deal with local council leaders and the Scottish government.

This follows the City Deal Heads of Terms Agreement, which was announced by the Prime Minister, Chancellor and the Chief Secretary to the Treasury in July, setting out the UK and Glasgow and Clyde Valley contribution to the City Deal.

The finalised deal is set to create over 29,000 jobs over the next 20 years and unlock a further £3.3bn of private sector investment across the city region.

The flagship proposal remains a £1.13bn Glasgow and Clyde Valley Infrastructure Fund which will be used to take forward up to 20 infrastructure schemes across the city-region.